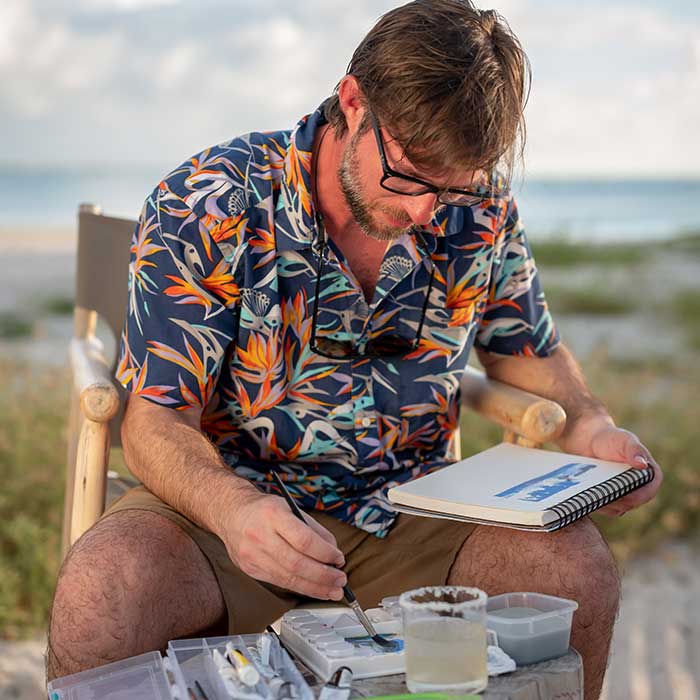 Chance was born in Waco, Texas. He has always been an avid outdoorsman and has been sketching since childhood. He grew up fishing and hunting with his father and grandfather in Central Texas. After college, Chance and his wife, Haley, moved to the Texas coast where he began to pursue a career as an artist full-time. During his time in Rockport, Texas, Chance had the opportunity to work with and learn from several famed artists, being mentored by Herb Booth.